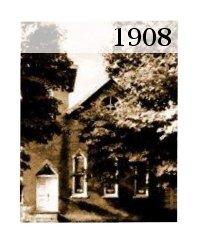 In 1908 thirteen pioneers organized a congregation of the Methodist Episcopal Church in Kanawha City and set out to build a house of worship. The task seemed daunting when measured by worldly standards. The only connection to Charleston was by river ferry. Predictions regarding expansion of business and population on our side of the river were not encouraging. Several existing churches were already serving the community. Nonetheless, our founders stepped out in faith.

With the help of a $100 donation from Governor MacCorkle, the little group bought the property at what is now 3510 MacCorkle Avenue. The children raised money to buy bricks by asking for pennies. The women formed the Ladies Aid Society and raised funds by holding lawn socials and catering functions at the Kanawha City ball park and the statehouse. Our original building was constructed at a cost $3,500 and was dedicated in 1913 by the Board of Bishops of the M.E. Church. It is now the home of a Greek Orthodox congregation.

The congregation was named for Bishop Thomas Asbury Morris, who was born April 28, 1794 in a wooded area which would later come to be known as Kanawha City. When he was a youngster, he and his siblings paddled a canoe across the river to attend school at Kanawha Salines. Morris was elected bishop in 1836. When the Methodist Episcopal Church divided in the 1840's, Bishop Morris remained loyal to the original denomination. At the time of the Civil War, he was the senior bishop of the M.E. Church, which was then the largest denomination in the nation.

In the beginning the early members supported a missionary in India. They held our first Bible School in 1927. In 1939, with the reunion of three Methodist groups which had separated in the first half of the nineteenth century, our congregation came to be known as Morris Memorial Methodist Church. In 1952 the congregation purchased half of the 4600 block of MacCorkle Avenue, where the Coca-Cola bottling plant had been. The church paid $40,000 for the property. In 1953 a fund-raising drive resulted in pledges of $35,000. In October of 1956 ground was broken. A large addition, including a gymnasium, was built in 1976. In the meantime, in 1968, another church union brought the Methodist Church and the Evangelical United Brethren Church together, and our congregation came to be known as Morris Memorial United Methodist Church. 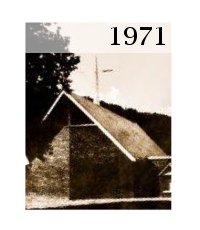 In 1956 the Church began a new ministry to the children of the community. We offered a kindergarten, and we strove to minister to special needs children. As needs in the community changed, our program for children changed and grew. We now have child care for infants and toddlers, pre-kindergarten classes, and after-school care for elementary-age children. More than one hundred children from a diverse group of households in Kanawha City and beyond are enrolled in these various programs.

In 1996 we replaced the 1956 sanctuary with a beautiful new sanctuary which enabled us to double our seating capacity and provide for continued growth in the church. Dedicated clergy and laity have served Morris Memorial over the years. God has called from our midst seven persons to share in pastoral ministry. We have adopted additional missionary projects, we continue to support missionaries, and we often share in work projects as we follow our faithful Lord. Our yearly Vacation Bible School is known throughout the area for its use of our facility's multi-media capacities and our congregation's great artistic talents to share an experience of the gospel that is nothing short of fantastic! We move on in the spirit of our charter members. Now well into our second century, we seek to be both faithful and effective in serving God and our neighbors. We go forward trusting, celebrating, and sharing the good news of Jesus Christ. Come, grow with us!